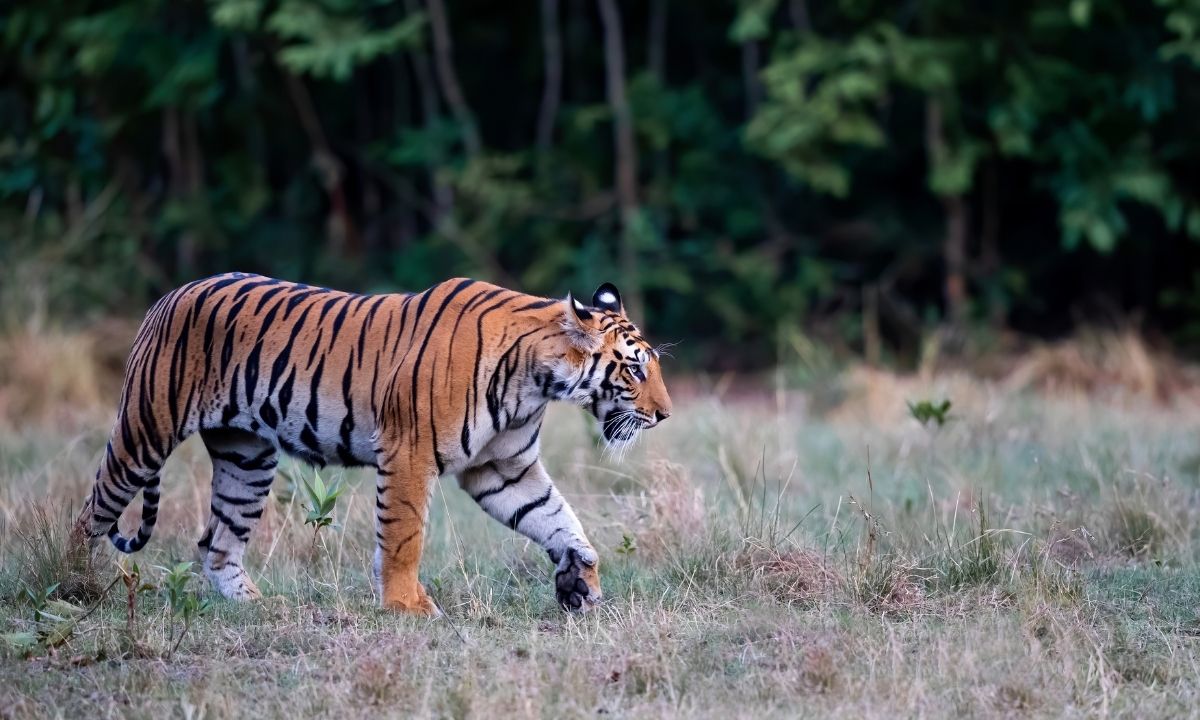 India is home to multiple national parks which are treasures for those who love wildlife. The first national park in India, namely the Jim Corbett National Park, was established in the year 1935. Till the year 1970, the country had just five national parks. It was also found in 1971 that it had only 1,800 wild tigers remaining in the country.

Within two years, Project Tiger and the Wildlife Protection Act were implemented, leading to the tiger population going up exponentially in India. The country today has roughly 103 national parks along with 50 dedicated tiger reserves.

Here are the Top 10 National Parks in India that You Should Visit:

Kanha National Park – Kanha National Park is sheer paradise for those who love wildlife. It has a core area covering 363 square miles and is Central India’s largest national park. It is also known to be an excellently managed national park with roughly 105 Bengal tigers in its fold. It also has leopards, Barasingha, sloth bears, sambar and more.
Bandhavgarh National Park – Bandhavgarh is a picturesque and attractive destination for wildlife lovers and photographers alike. The park is nestled amidst a backdrop of ruins of a pre-historic fort. It has a 40 square mile core area with a buffer zone encompassing 154 square miles in total. It lies amongst Madhya Pradesh’s Vindya Hills. Along with Bengal tigers, you will find 36+ species including chital, leopards, nilgai, dhole and innumerable butterfly and bird species.
Kaziranga National Park – Situated in Assam, the Kaziranga National Park is one of the world’s best reserves, housing the biggest population of one-horned rhinos in the world. It offers a magnificent collection of swamps, wet grasslands, pools and floodplains of the Brahmaputra Valley. The Kaziranga National Park finds a spot on the UNESCO Natural Heritage list and is a success story of conservation, having protected the one-horned rhino from extinction. There were just 12 rhinos in the area back in 1903 while there are close to 2,000 currently as per estimates. There are several other endangered species here like the Gangetic dolphin, Bengal tiger, sloth bears and Asian elephants along with migratory birds.
Nagarhole National Park – Nagarhole is the foremost wildlife reserve and national park in Karnataka. Surrounded by the beautiful KabiniRiver and lying within the Nilgiri Biosphere, this national park was earlier a preferred hunting destination for the Mysore Maharajah. It became a tiger reserve back in the year 1999. The region has the highest population of Asian herbivores along with the biggest Asian elephant congregation worldwide. The national park also contains leopards, tigers, dhole and sloth bears.
Ranthambhore National Park- The Ranthambhore National Park is one of the most picturesque reserves in the country. It was earlier a hunting ground for the Jaipur Maharajah and covers 502 square miles. It houses Bengal tigers, sloth bears, leopards, sambar, nilgai, golden jackals, Indian gazelles and pangolins along with many other species.
Periyar National Park- The Periyar National Park is a tiger reserve nestled amidst Kerala’s Western Ghats. Periyar offers diverse biodiversity with several Bengal tigers, wild elephants, lion-tailed macaques, which are rare, sambar deer and more species.
Gir National Park- The Gir National Park is the sole habitat of the Asiatic lion and is a major landmark. Gir is the only place where you will find wild lions outside Africa. Hunting lowered the population of Asiatic lions to only 20 by 1913 in the area. It also made lions extinct in other Asian regions. However, with the positive measures of the Forest Department and Junagarh Nawab, the lion count has gone up considerably in the national park. The park also has sambar, leopards and the only four-horned antelope in the world, namely the chowsingha.
Sunderbans National Park- The Sunderbans National Park is one of the most unique and fascinating ecosystems in the world. It is surrounded by the Ganges and Brahmaputra River deltas on the Bay of Bengal, the biggest mangrove forest in the world and one of the most productive ecosystems covering 513 square miles. The Sunderbans National Park is a part of the UNESCO Biosphere Reserve and also the Sunderbans Tiger Reserve. There are several rare species here including the Bengal tiger, Olive Ridley turtle, Gangetic dolphins, king cobras and estuarine crocodiles. More than 100 Bengal tigers are estimated to live amidst the mangroves, possessing the abilities to swim for longer distances while feeding on monitor lizards, crabs and fish.
Nanda Devi Biosphere & Valley of Flowers- Situated amidst the captivating Himalayan peaks, the legendary Valley of Flowers and Nanda Devi attracts trekkers, pilgrims and lovers of nature. The parks are jointly known as a UNESCO Natural Heritage Site. Nanda Devi is the country’s second highest mountain peak and is worshipped by Hindu pilgrims. The Valley of Flowers is known for its sheer beauty, tranquility and the limited time period where you can see the valley showcase its blossoms. There are several species here including the Himalayan musk deer and snow leopard among others.
Jim Corbett National Park- India’s oldest national park still finds a place in the top-10 tally. It is also the site for launching Project Tiger in the year 1973. Nestled amidst the Himalayan foothills in Uttarakhand, the national park has several Bengal tigers, possibly the highest for any Indian tiger reserve, along with 650+ species of migratory and resident birds.

These are the best national parks in India and there are many other options that you can check out as well. On that note, if you are planning a trip to a national park in India, check out nearby TheSqua.re serviced apartments and book your accommodation in advance. Here’s to a thrilling experience!

Tosh Trek is probably the best trek anybody can discover in Himachal. It is the

It likewise gives a name to the Nag Tibba Range, which is one of the