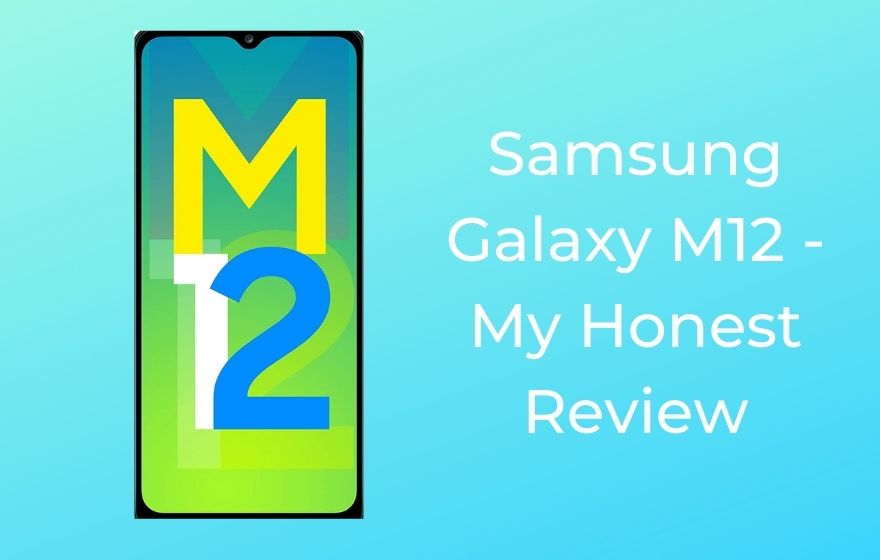 Samsung’s Galaxy M series deserves a lot of credit for retaking top spot after a brief slump in market share in 2018. The strategy of filling the shelves with M-Series all-in-one phones aimed at millennials has worked. Continuing this strategy, the Samsung Galaxy M12 was introduced to the Indian market.

Samsung has priced the basic version of the Galaxy M12 with 4 GB of RAM and 64 GB of storage at Rs.10,999, while the top version with 6GB of RAM and 128GB is available at Rs. 13,499. With such a price tag, Samsung had to compete with strong competitors such as Xiaomi, Motorola, and Realme. However, Samsung was able to prevail over the competition.

Unlike many Chinese counterparts, Samsung has stopped the phone shipping with a pre-installed screen protector (TPU). If you take the phone out of the box, you will find a charging cable. Together with these, the box also contains a SIM ejector tool, a quick guide, an operating manual, and a warranty card.

Let’s talk about the aesthetic of the Samsung Galaxy M12. Like most Samsung phones, the M12 has an appealing design. It has a smudge-resistant dual-tone finish on the back. The majority is covered by a fine vertical line, followed by a plain matte finish with the Samsung logo etched on it. Samsung has used plastic for the back panels.

While the overall approach may not be in line with current trends, Samsung scores with this implementation, as it manages to ensure a distinctive look and feel.

The phone has a strangely shaped casing at the back with quad cameras at the back that juts outwards and blends well with the overall design of the phone. The fingerprint sensor integrated in the power button reacts and unlocks the phone quickly.

The volume rocker provides good tactile feedback, but you need to adjust your grip to achieve it. The total area of the M12 is large, and thanks to the massive battery it weighs 221 grams. With Samsung’s weight distribution, the phone feels comfortable to hold and use. The front has a wide bezel that surrounds the screen, with a waterdrop notch.

One of the highlights of the Galaxy M12 is a screen with high refresh rate. For a budget phone, Samsung has developed a 6.5-inch HD 720 x 1600 IPS panel with an adaptive frame rate of 90 Hz.

The Galaxy M12 follows the prevailing trend of stacking quad cameras on the back. It features a 48MP primary sensor and an LED module with a 5MP secondary lens with a 12.3-degree field of view and two 2MP sensors for the macro and depth of field. It captures a fair amount of detail in daylight but is a bit artificial. It works well in low-light scenarios, but you will be forced to search for the missing night mode.

The closure is not the crispest of them all. Samsung has clearly designed and tuned the camera to strike a warmer tone.

Samsung Galaxy M12 comes with Exynos 850 SoC, a new 8nm chipset from Samsung. It is paired with 4GB LPDDR4 RAM, 64GB internal storage, and a microSD card slot that expands the device to up to 1TB. All of this is designed to work well for a budget phone. Performance and price are the things that the Samsung GALAXY M12 does not justify its price.

In daily use, its performance was adequate, although I occasionally experienced delays and stuttering when switching between apps. However, this was the worst thing I encountered while on the phone.

The combination of a massive 6,000 mAh battery, an Exynos 850 chip, and an HD screen means you don’t have to worry about the battery all day. In case of heavy use, it is difficult to deduce the whole day. Samsung’s flagship Galaxy M12 comes with a 15W wall charger that recharges the battery in just two hours and thirty minutes.

The Galaxy M12 has four key highlights under the Samsung brand: a 90Hz refresh screen, a sturdy Android 11 software, and a huge 6,000 mAh battery. These are all traits that you will appreciate and prioritize, and the M12 is a sensible budget option. The Exynos chip is typically designed for low-end devices and offers decent performance compared to other options in the same price range.

The primary rear sensor is also the only reliable camera in the quad-under setup, the f / 1.4. 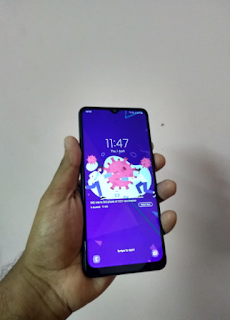 Time is running out as the entire nation starts to open up, you need