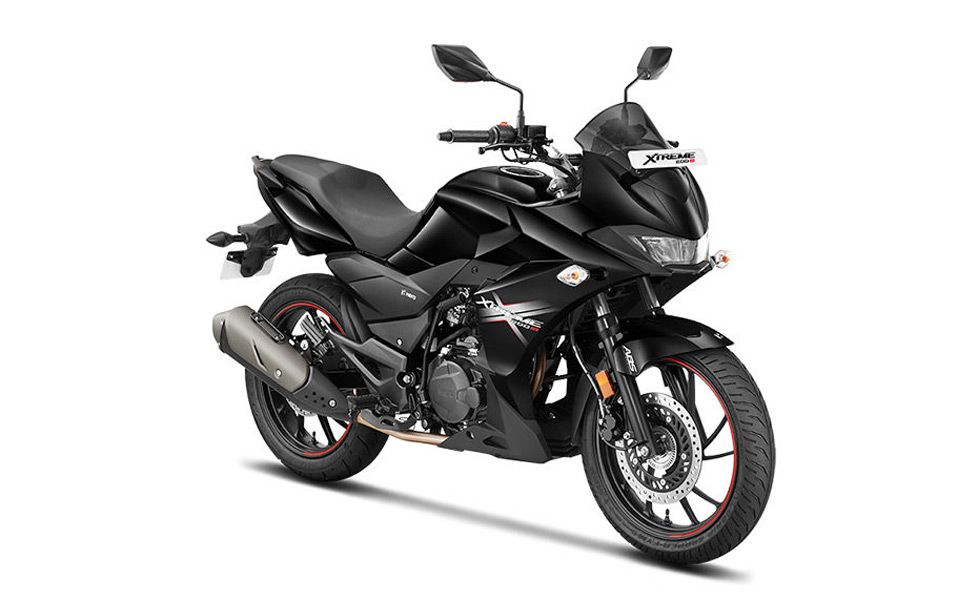 Just two years back, Hero launched the all-new Xtreme 200R in the Indian market. The Xtreme 200R, in itself, was an extremely capable tourer, but nothing more. As much as a potent machine it was, there was no denying that Hero could have added more oomph to it, with just the idea of more features or horsepower.

So, when Hero announced they’ll be launching a fully-faired version of the Xtreme 200R, we only expected a slapdash job like the Karizma ZMR. However, as the manufacturer introduced the Xtreme 200S, we were surprised by how well a job they have done with the design.

The Xtreme 200S looks way sportier and well balanced than any other offering from Hero MotoCorp. And dare I say, if it’s just a fairing apart from the Xtreme 200R, for there are a multitude of differences between both these bikes. The most impressive bit about this design is the new front-end, with its bar-type full-LED headlamp and a small windscreen. The fairing is well-proportionate, not too skinny neither too aggressive. In fact, the rear design is extremely well-done too. Read more down below.

At the heart of the Xtreme 200S is the same motor that does its duty in the Xtreme 200R. The 199.6cc single-cylinder engine that uses the good old air for cooling and comes mated to a five-speed manual gearbox. It is good for 18.1bhp and 17.1Nm of torque. As of early-2020, the engine remains to be carburettor-fed and compliant with the BS-IV emission standards. Expect a fuel-injected BS-VI compliant version soon, with a price hike.

On the exterior front, the Hero Xtreme 200S is a well-balanced motorcycle with almost right proportions. Dimension-wise, the Xtreme 200S is 2,062mm in overall length, 778mm in overall width, and 1,106mm in overall height. The kerb weight is 149kg. Moreover, the bike has a seat height of 795mm and a ground clearance of 165mm. The wheelbase is also nice at 1,337mm.

The fuel tank capacity of the Xtreme 200S is rated at 12.5-litres. Expect it to deliver the fuel efficiency around 45km/l, the same as its naked sibling.

We only had the opportunity to test the ride and handling of Xtreme 200S at the Buddh International Circuit. The handling is good, but not ground-breaking. Only a full city test will reveal the ride quality, though. As for the suspension, the bike rides on a 37mm telescopic fork suspension setup at the front and a 7-step adjustable monoshock at the back. The 17-inch wheels are shod with a 100/80-17 tyre at the front and a 130/70-R17 tyre at the back. For braking, the bike comes equipped with a 276mm disc brake at the front and a 220mm disc brake at the rear.

On the features front, the Xtreme 200S is miles ahead of the Xtreme 200R. The main highlight is the fully-digital instrument cluster, which not only shows the essential data but also comes with Bluetooth connectivity and turn-by-turn navigation. In terms of lighting, both the headlamp and taillamp are powered with LEDs. On the safety front, the bike comes with single-channel ABS as standard.

The Hero Xtreme 200S, as of early-2020, is available in three shades, namely, Mapple Brown, Panther Black, and Sports Red. Sufficed to say, the Xtreme 200S looks the most exuberant in the Sports Red shade.

All the extensive information regarding Hero Xtreme 200S can be found in the brochure. For instance, you can check the variants, various dimensions, features, styling information, and colours at a single place.

And just like that, our database includes numerous information and multiple reviews for the Hero Xtreme 200S. For all that and more, be sure to tune in to autoX. You can save money by buying a used car in Japan, which is sold for

While driving through the highway or the busy city streets, you are bound to come Definition of A Sedan is following: A Suv vs Sedan, or saloon, is a traveler