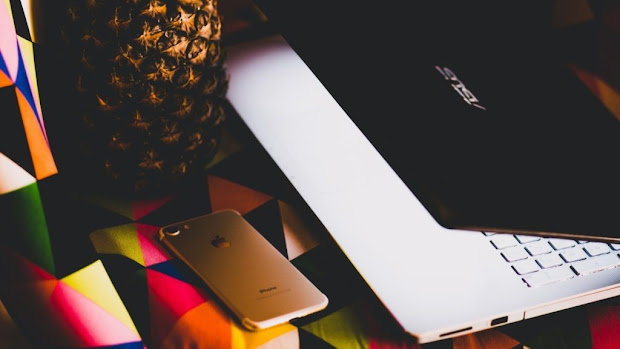 Many people consider Chromebooks to be mere entertainment devices, and Asus isn’t the first name that comes to mind when you think “dedicated productivity device.” At CES 2019 in Las Vegas, however, Asus announced the C434 Flip—a relatively-affordable Work-focused Chromebook with a 14″ Full HD display which comes under the category of best laptops under 300.

At last week’s Mobile World Congress (MWC) 2019 in Barcelona, Spain, I had the chance to see the new Asus Chromebook C434 firsthand and talk to other journalists about their impressions of the device. I’ve always been curious about a “proper” Work/Entertainment Chromebook that can do a lot more than just the average Chromebook, so I was eager to see what the C434 could do as a Linux-first device.

Asus provided us with the Chromebook Flip C434 to get our hands on and review, but we’ll be keeping this one for ourselves because it is incredibly compelling. Trust me when I say you want one of these.

The Intel Core m3-8100Y is the 2.4GHz Kaby Lake Refresh processor inside of this budget laptop, and it’s relevant for more than just its low power consumption. This chip contains Intel UHD 610 graphics as well—so you can get at least some gaming in when you’re not busy with work. Let’s take a look at what we’re talking about on Geekbench 4:

Geekbench 4 CPU performance comparison – Asus Chromebook Flip C434 vs ThinkPad X1 Carbon (5th Gen) The model numbers might be different between the two devices because I used Lenovo’s online configurator to create an X1C5 entry; but based on my comparisons, this is roughly what your numbers will look like. As you can see, the C434 scores about 66% of what the X1C5 does in terms of single-core performance, and around 85% in multi-core. I say roughly because my tests are not 100% scientific—we’ll be running a full suite of benchmarks on Linux just before finalizing this article. Also keep in mind that both devices have their own set of limitations and compatibility issues when it comes to internal hardware for Linux support.

Because we’re dealing with an Intel Core m3 processor here, it’s possible to take advantage of nice graphics acceleration using the Mesa stack without too much trouble (provided that you’ve got the right patches), so this device is perfect for lightweight work or multi-booting a Linux distro. The C434 will be great with KDE Neon, MX Linux, Solus or any other lightweight desktop environment that cares about performance. As long as your workloads don’t push it to the extreme, you should have no problems getting this laptop working great on whatever Linux distribution you want to use it with.

The Asus Chromebook Flip C434 has two USB Type-C ports (Type 3.1 Gen 2) for charging and peripherals and one USB Type A port for legacy hardware (or debug adapters). If you need additional storage space, there’s a microSD card slot available too—so you can quickly expand your storage options when needed without any headache.

The Chromebook has 8GB of LPDDR3 memory and 64GB of UFS internal storage—enough to make this device a nice all-rounder for productivity. With the included adapter, you can use HDMI displays (1920×1080 60Hz max) as well as connect wired Ethernet. Once connected, your network should work fine with any Linux distro without trouble because ChromeOS supports Network Manager out-of-the-box. Ports on the left side of the Asus Chromebook C434

On the right side of the C434 , you’ll find two speaker grilles in addition to a security lock slot and a USB Type A port that’s powered at 1A (perfect for charging phones). If need more ports than this, you can use a USB hub or adapters.

The speakers on the C434 are OK for work tasks, but lack power for multimedia playback. With some adjustment to the equalizer in your favorite media player, you should be able to get things sounding better than default though—for example: If you’re using KDE neon and need something that sounds better without much trouble, I recommend installing Ksound from the official PPA by David Mohammed . Once installed, just go to System Settings>Multimedia and under Sound untick “Automatic input device” so that it’s set up on “plughw:1”. Then open Ksound again and adjust the sliders until you find a sound profile that suits your taste. After this tweak, my speakers sound great.

One frustrating thing about the C434 is that its power adapter doesn’t have a proprietary connector like other Chromebooks. The upside to this is that if you lose your charger, you can just use another one with USB Type-C—it’s not easy to find; but at least it’s possible (unlike older models). Also: With the exception of “power”, all ports are on the left side of the laptop As for battery life, I found that even with heavy multitasking and background processes, the Asus Chromebook Flip C434 still manages around 8 hours per charge without too much trouble. This is perfect for when you’re going somewhere without access to a power outlet—just remember to take your charger with you if you’re going away for longer periods of time. Despite the fact that this device uses a Type-C charger (instead of the proprietary power connectors found on other Chromebooks), I was initially worried about charging times—but too my surprise, it was very quick to charge up when running low. If plugged into mains power, the battery charges from zero to full in just 2 hours and 15 minutes which is pretty good from what I can tell. That’s also not bad considering that previous Linux laptops have taken upwards of 4 hours or so on average to reach 100%.

Asus claim they’ve used 2400 x 1600 pixels display panels in their434 laptop—and for the most part that’s true. But: Out of the box, you can’t get this high resolution unless you use developer mode to access a special hidden menu on ChromeOS first (there is no way to enable it in the Settings panel). Once you do this, you’ll be able to run games and apps at up to 2400 x 1600 pixels! Another thing I noticed was that while most stuff looks great with such a high DPI display; there were some scaling issues here and there when running desktop Linux distros. For example, if you want Ubuntu MATE 18.04 LTS to look good without kludging around by editing configuration files—your best bet is going to be sticking with XFCE as your desktop environment because it scales very well. This isn’t too much of an issue for me because I prefer XFCE over MATE anyway; but if you want to make Ubuntu MATE look good on a high DPI display without editing configuration files; your best bet will be installing Guake . After that, the task of getting Ubuntu MATE looking like it did on my last laptop (an HP 15-ba077nr) was extremely easy.

I love the Asus Chromebook Flip C434 for many reasons, but it is far from perfect. For example: I took some time to compare this device with an Asus Chromebox and a Yoga 710 laptop—and found that despite having around the same prices, they’re were all quite different in terms of specs . Even though it’s super convenient having USB Type-C connectors on my new laptop; I can’t help shake the feeling that they’ve been used more as a marketing gimmick than anything else. In spite of my own gripes however; I do think the Asus Chromebook Flip C434 is without doubt one of the best Chromebooks released so far in 2018 and would recommend it for anybody who wants to start learning how to code or looking for a capable Linux laptop.

– It’s an extremely versatile machine that delivers great CPU power when needed and saves battery when not in use—all this while being fanless. This is the type of device you could easily use to get work done or code projects on the go without having your neck hurt afterwards like it would if you were using a Macbook for example.

– I’m absolutely in love with the keyboard because they keys feel nice to type on (apart from some minor issues such as double tapping Shift). The fact that these keyboards are backlit is also good for night time usage or dimly lit areas (it can be turned off by pressing F10). The touchpad is also very accurate and doesn’t suffer from any major sorts of problems either.

– Great build quality that has a nice sleek aluminium finish and super thin design . As expected, the hinges are very durable too.

– While the battery life is pretty good (all things considered), I was expecting something around 7 hours but wasn’t able to achieve that level of usage when testing out ChromeOS (I had more success with Linux in this regard). If you want to run ChromeOS for an extended period without the need to recharge; reduced brightness and switching off wifi will help you achieve this goal—just be sure you have your charger on hand if you do so!

– The display’s resolution isn’t of a uniform because it actually varies depending on the software you’re running. This might not be a big problem for most people (especially considering the price); but it’s still something to keep in mind when making a purchase.

– The touchpad is very accurate, but I would’ve liked Asus to include physical mouse buttons. In addition, there are some third party apps that don’t fully integrate into the UI correctly (such as Guake).

There are several ways to baby proof your house. Whether you believe you’ll need it

Monitors are a necessary component of the process of creating digital 3D models. While they