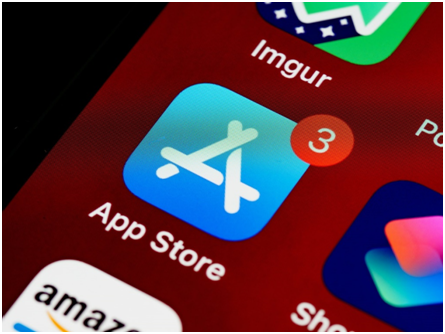 According to Unshared News : Recently, South Korean lawmakers are considering an amendment to the Telecom Business Law called the “Anti-Google Law”, which is mainly aimed at app store operators with dominant market positions. The bill was originally scheduled for a final vote on August 25, but it was reported that the final vote was temporarily postponed to August 30.

For a long time, Apple and Google have taken a big piece of cake from developers through in-app purchases, and have also led to many crusades. According to incomplete statistics, many countries and regions including the United States, the European Union, Russia, and Japan have launched antitrust investigations against Apple or Google.

On August 27th, Apple announced that it will amend the terms of the App Store agreement to allow developers to inform users of other payment methods outside of the Apple ecosystem.
The passage of the South Korean bill is still unknown, and Apple has already taken the initiative. The interviewed experts said that in the past, regulators often regulated from the perspectives of digital taxation, privacy, and monopoly. This game between South Korea and Apple and Google has added another way to law enforcement. If the bill is passed, all countries can try to advance legislation for platform commissions in the future.
South Korea may create the first legislation to prohibit platform commissions
Recently, South Korea intends to pass legislation prohibiting Google and Apple from charging commissions for in-app purchases from software developers.
Since the middle of last year, South Korean lawmakers have been considering an amendment to the Telecom Business Law called the “Anti-Google Law”, which is mainly aimed at app store operators with dominant market positions. The bill was originally scheduled to be voted on on August 25. If passed and launched, South Korea will become the first major economy to ban tech giants from commissioning in-app purchases.
The final vote was temporarily postponed to August 30.
Google has not yet commented on this.
Apple responded in a statement that the bill “will expose users who purchase digital goods from other sources to the risk of fraud, undermine the privacy protection they should have, and make it difficult to manage product purchases.” Apple believes that the resulting users’ trust in App Store purchases will decrease, which will damage the interests of nearly half a million developers in South Korea. They have relied on Apple’s platform so far in revenues of over 8.55 trillion won (approximately 47.4 billion yuan). .
However, just two days later, on August 27, Apple announced that it would amend the APP Store’s rules to allow software developers to inform users of other payment methods outside of Apple’s ecosystem as part of the proposed settlement plan for a class action lawsuit. one.
Apple tax has been in force for a long time. In 2017, Apple officially proposed virtual currency rewards as in-app purchases, which must go through the Apple channel, and Apple extracts 30% of the harvest.
Last year, Google also announced that it would force developers to charge 30% of in-app purchases in the Google Play app store. “Google has been forcing game application developers to use its own payment system, and hopes to extend its policy to other applications such as music or online cartoons.” Quan Shihua, general manager of the Korea Internet Corporates Association, said that if South Korea The bill comes true, and developers will have the option to use other independent payment systems.
The consistency of the “app store tax” on the two major global smartphone operating systems has increased developers’ worries about the duopoly of the application ecosystem. The pressure on Apple and Google’s rake is not limited to South Korea. The European Union introduced the Digital Markets Act (DMA) last year, which refers to app store commissions.
In early August of this year, US senators from both parties introduced a bill to restrict applications from companies that exercise too much control over the market, including Apple and Google.
Huge profit cake
Although Apple’s latest App Store policy agrees, developers can use email and other communication methods to provide users with information on payment methods other than iOS App, and users of these channels do not need to pay commission to Apple for purchases. However, the developer cannot directly complete the transaction through the application, and the relevant behavior requires the user’s consent, and the user has the right to opt-out.
Moreover, all these clauses need to wait for the judge’s approval to take effect, and the effective date has not yet been announced.
As for South Korea, due to the postponement of the final vote on the bill, there are doubts about whether it can be passed. “At present, South Korea’s economic size and market size are not enough to shake Google and Apple.” Pan Helin, executive dean and professor of the Institute of Digital Economy at Zhongnan University of Economics and Law, told the 21st Century Business Herald reporter.
Once Korean legislation is passed, it will have a higher impact on Apple than Google. Pan Helin explained that this is due to the open-source nature of Google’s operating system Android. South Korean Android phone manufacturer Samsung ElectronicsCo., Ltd. may develop UI (User Interface) based on Android and replace Google Suite (Google Service Framework, Google Play Store and Google Play Services) with Samsung’s own suite. Apple’s closed-source strategy is generally global integration, and it is impossible to formulate rules for Korean users alone, so Apple may withdraw from the Korean market.
For a long time, Apple tax and Google tax have been the cake of huge benefits for the two companies.